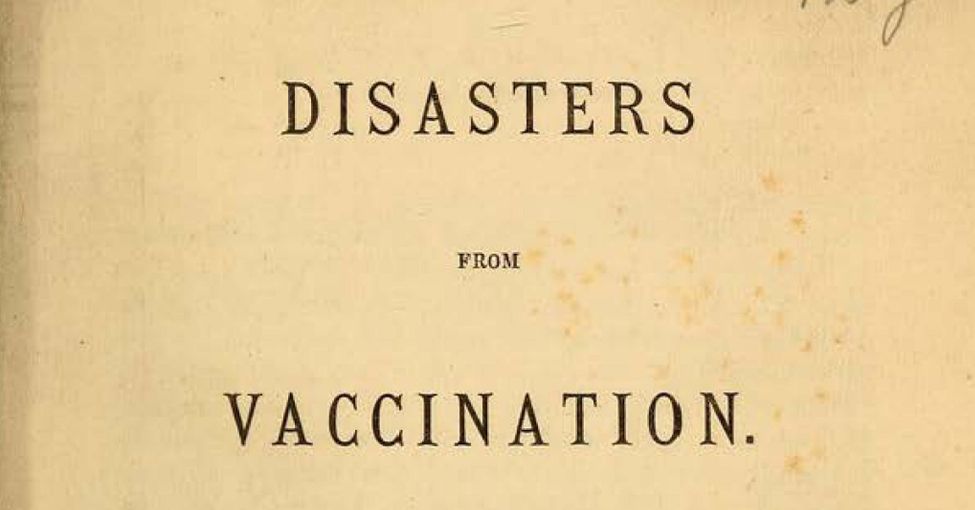 Vaccination is often referred to by praising only its positive sides and totally denying its other face, the price in human lives. If on the one hand the benefits are exalted to excess, even to the detriment of the numbers and statistics, on the other hand there is a sort of reverential fear to the point of totally hiding its negative effects.

Today, however, we want to bring you to the attention of an essay, written in 1873 by Dr. Edward Ballard, for the Liga of the mothers against the compulsory vaccination that at the time fought as today against any obligation.

In London at the end of the 800th century, the anti-syphilis vaccination was made compulsory and a large group of parents armed themselves with courage and put themselves sideways, raising the age-old problem of adverse reactions. Over time they managed to activate a parliamentary commission of inquiry, something true and not like those inconclusive Italian things, in order to study the social cost in terms of human lives. It turned out that vaccination against syphilis instead of preventing it caused it, especially in children.

The syphilis vaccine does not exist today and it was soon withdrawn from experimentation, but we want to bring you this writing to show you how 149 years ago the same identical scenarios happened today: parents protesting against the obligation, damaged children, denial of damage.