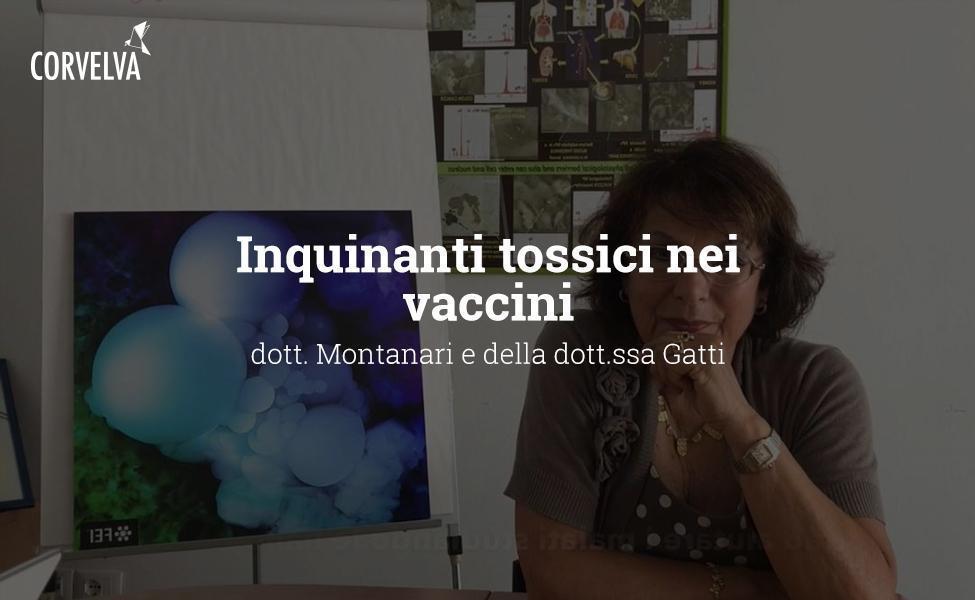 Vaccines have side effects, always known, and reported in the literature. The fact that many "ignore" them does not mean that they "disappear".

In a recent study published onInternational Journal of Vaccines and Vaccinations, However, Dr. Gatti and Dr. Montanari point out that lately these have increased both in number and in severity, especially in children, as also reported by theAmerican Academy of Pediatrics. In addition to the most common and well-known symptoms such as fever, irritability, headache, etc. others are emerging borne by the nervous system and brain. Those responsible are mainly the adjuvants added to the vaccine itself, which in most cases correspond to aluminum salts.

It is a fact that millions of doses of vaccines are administered without problems every day (we would need more!), But in the same way it is irrefutable that in a limited number of cases something bad happens and most of the time it is not recorded, thus remaining unknown.

This premise is what prompted the two authors to further investigate the side effects of the vaccines, but using a point of view that had not yet been adopted before: no longer biological but chemical-physical! They then developed a particular analytical technique with which they went to check for the presence of inorganic contaminants.

The results of the study

A total of 44 vaccines were analyzed; some, like that of the flu, were present in multiple lots of the same manufacturer.

The result of the analysis made confirmed the presence of inorganic salts (such as table salt, NaCl) and aluminum salts, but micro-, submicro- and nano-molecular compounds have also been detected (with dimensions from 100nm to 10um) in all samples, the presence of which had NOT been declared by the manufacturer in the leaflet inside the vaccine package.

The amount of foreign particulate matter detected left the two researchers baffled, above all because the inorganic materials identified are neither biocompatible nor biodegradable, but bioresistant (that is, they are in no way modified / disposed of by the body).

Needless to say, these are toxic compounds and, as with most foreign bodies, they can induce an inflammatory reaction in the body.

Once injected these particles can remain near the injection site forming swellings and granulomas, but they can also end up in the circulatory stream, as suggested by the researchers, distributing themselves in a completely random way without any visible effect. Once you reach certain organs (like the brain) however, bio-accumulation phenomena can occur that, like all foreign particles to the organism, they trigger a chronic inflammatory reaction (= stable over time), because these particles CANNOT be degraded.

So you understand what it means to vaccinate a child? You are "giving" him an inflammatory status that will last a lifetime.

The presence of aluminum and NaCl salts in vaccines is justifiable as they are substances used by the Manufacturers and declared (consequently) among the components. But all the others should not be present in a vaccine or in any other injectable preparation, precisely because of their toxicological characteristics.

From a verification of the detected contaminants in all vaccine samples analyzed in fact, unwanted reactions following their injection are possible and credible, which have the characteristic of being random precisely because they depend on the place where they will be transported (and deposited). Needless to say, the harmful effects are much more serious the smaller the body, like that of children.

From a qualitative point of view chemical compounds that the two researchers found in the vaccines examined they are similar to those they identified following research into the sources of different environmental pollutants. A bit like those that are formed when, for example, waste is burned ...

In conclusion, the authors suggest that the type of analysis they carried out on vaccines could represent an important new qualitative parameter to improve vaccine safety. The hope, as they themselves hypothesize, is that this is only an "oversight" attributable to polluted industrial components and / or procedures (therefore resolvable with an accurate analysis of the production process) and is not intentional.