Update on the vaccine analysis 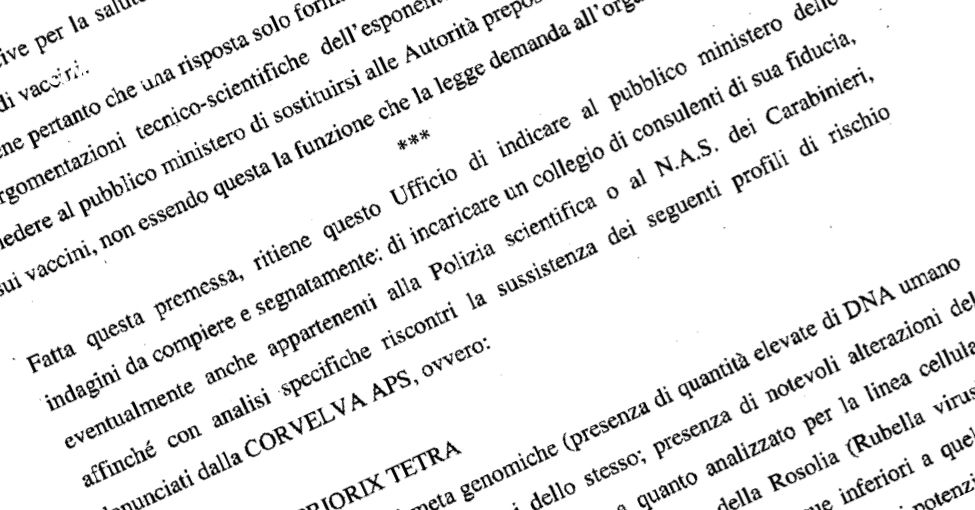 We quote: "It is believed that a merely formal response to the complaint is not sufficient to overcome the technical and scientific arguments of the exponent". This sentence alone has an inestimable intrinsic value for us: in fact it responds to the PM who had motivated his request for filing, arguing that the effectiveness of the controls of the Italian and European organs "cannot be questioned by the results of the analyzes carried out. by private individuals ".

In the order itself we read that the arguments of our complaint were "detailed" and it was therefore considered necessary to investigate what we reported.

Therefore there is an indication to proceed with the investigation!

After months in which we wanted to lower the attention on the analyzes in view of this outcome, now is the time to make ourselves heard and create the right media pressure so that attention is paid to a problem that the Italian institutions have been informed about since 2018. 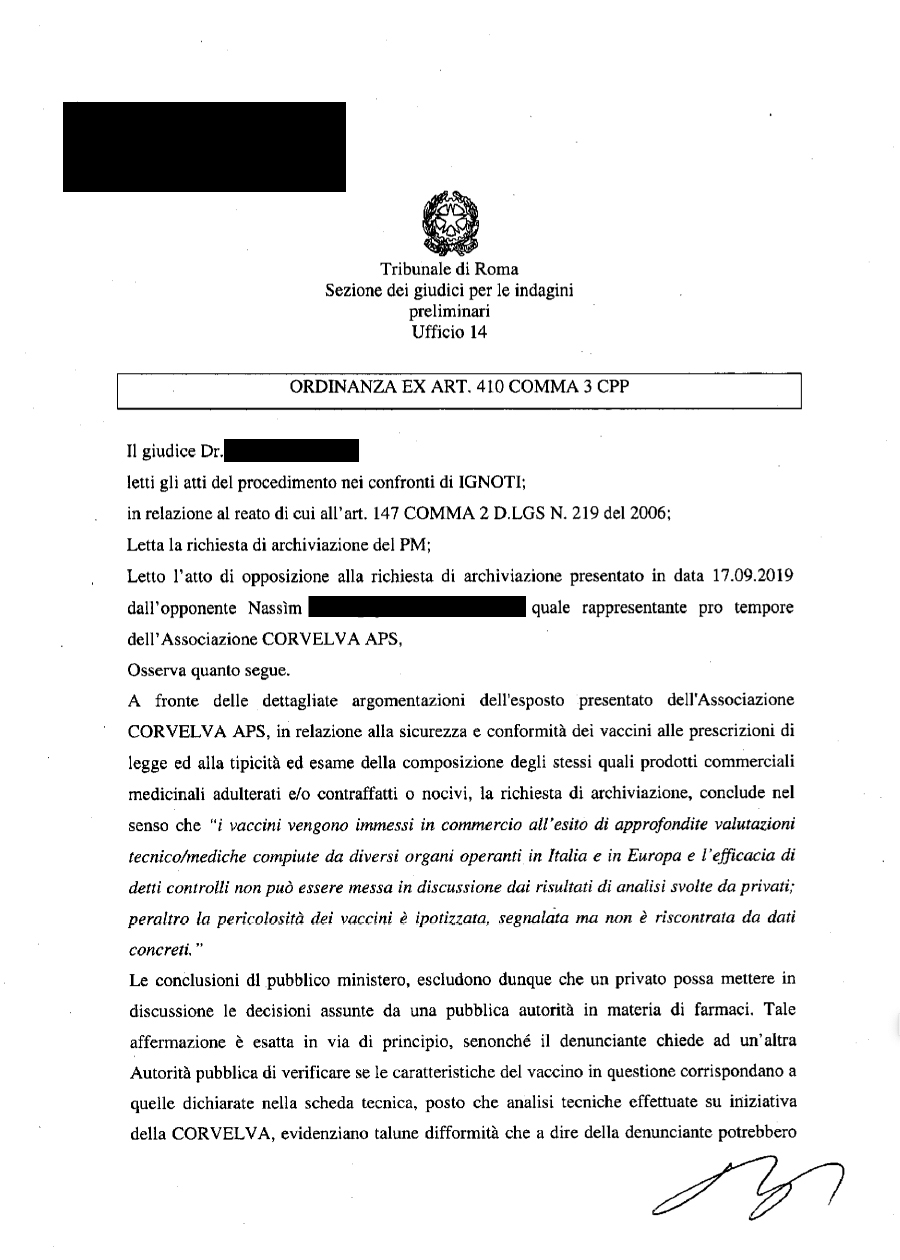 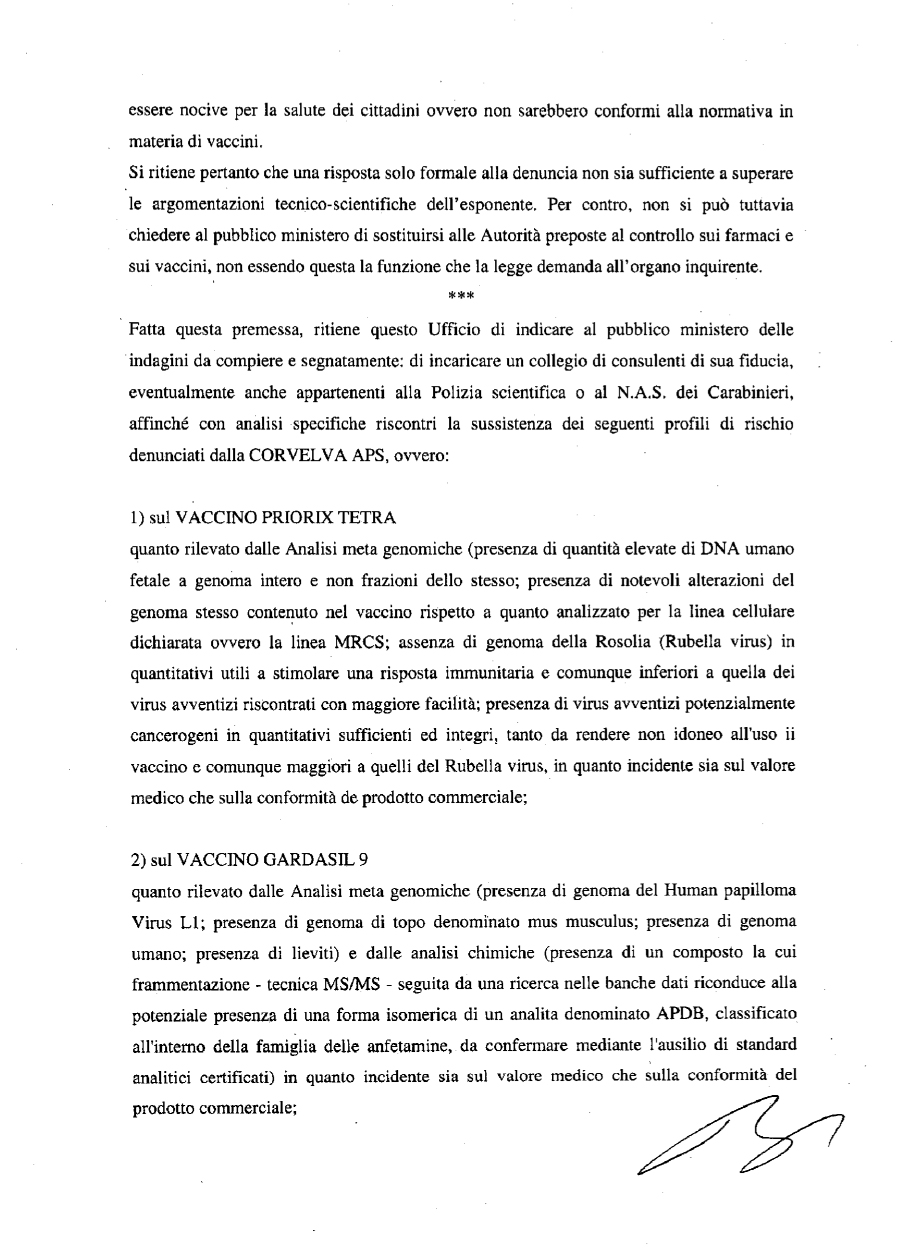 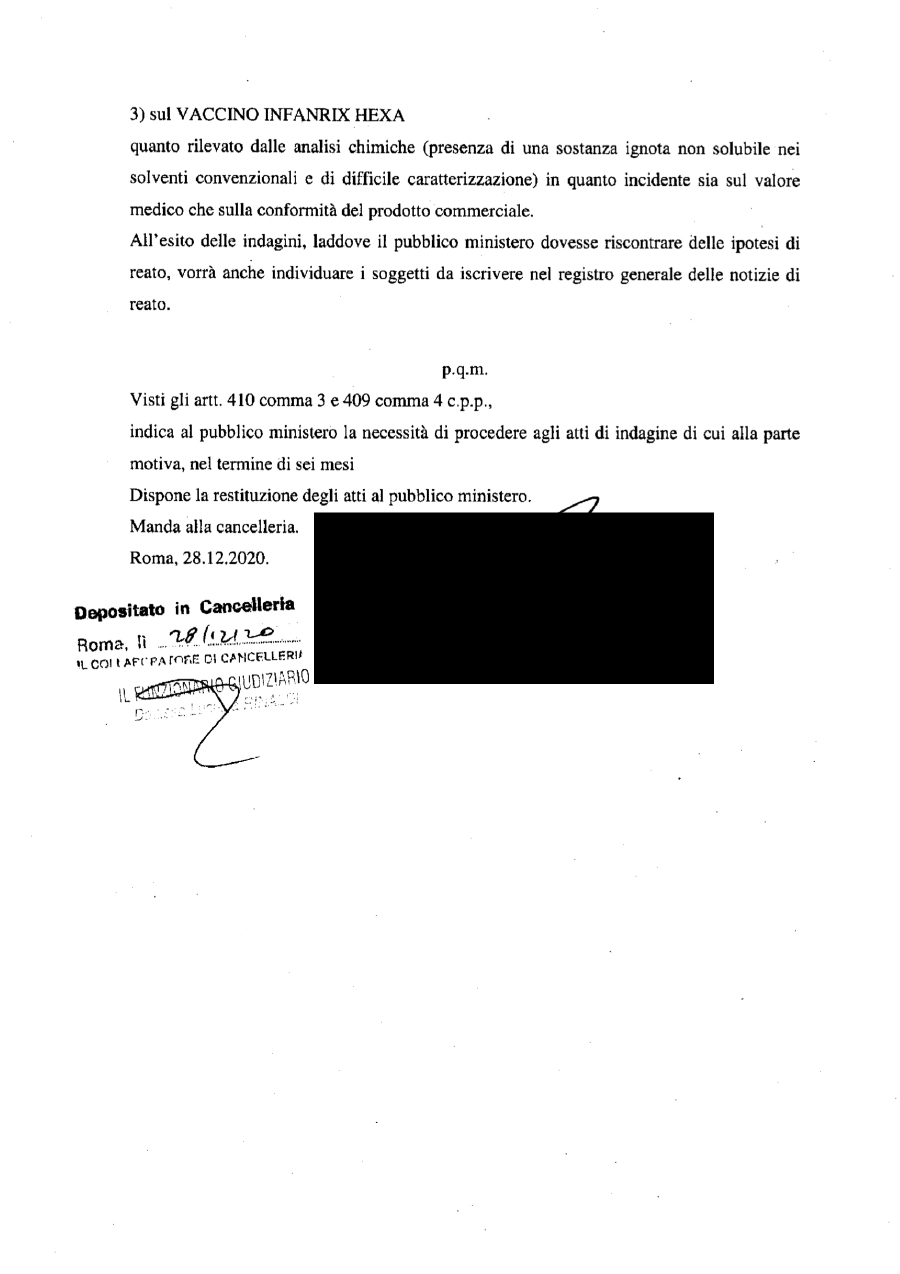